Learn how to open and close disputes from the Admin area.

Written by Olga Tereshina
Updated over a week ago

In the most typical case, when a customer is not happy with the items they have purchased or with the service that has been provided to them, and they want to draw the attention of the store owner to this problem, they will open a dispute. However, a store administrator can also open a dispute themselves if required.

A store administrator receives a special notification on the homepage of the store Admin area on all new disputes opened by customers. 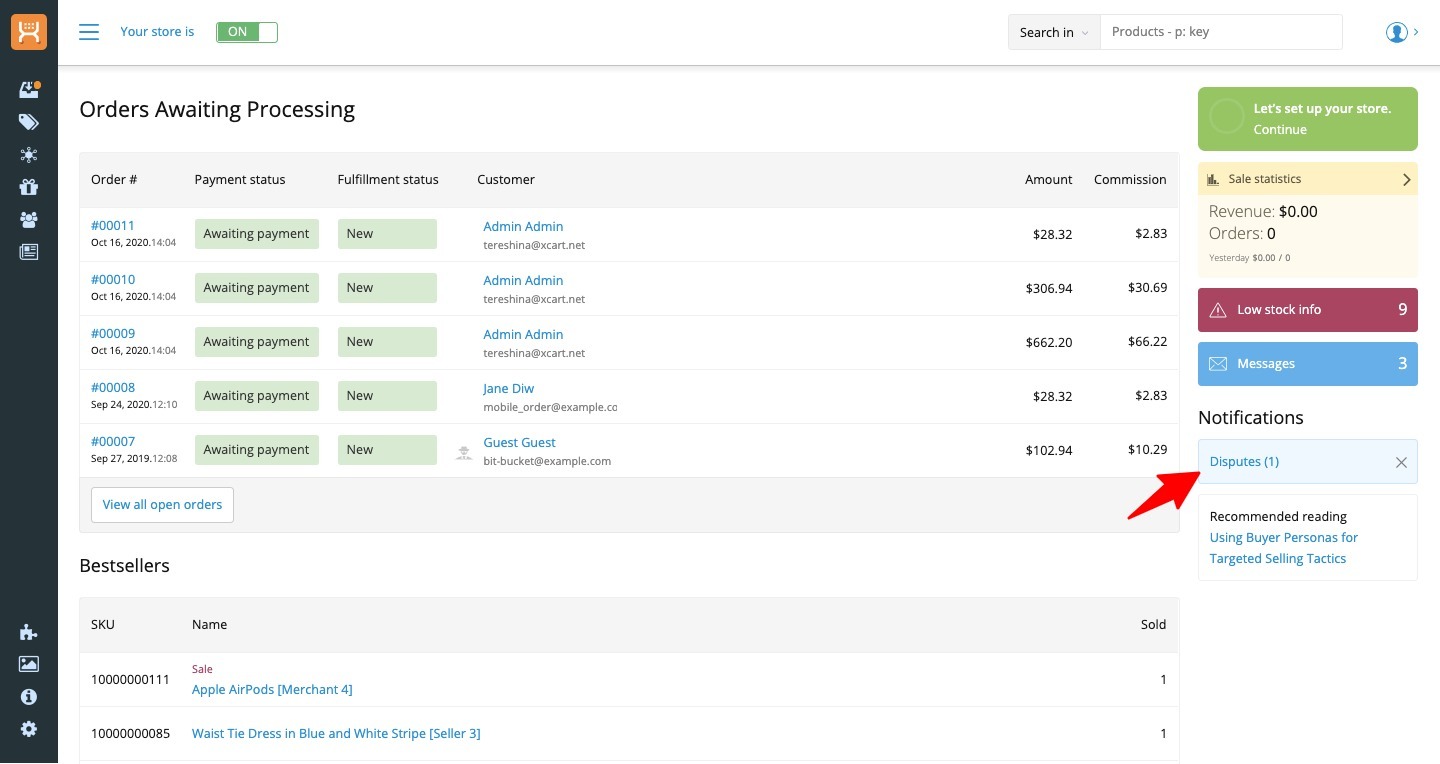 Also, all threads with disputes are specially marked in the Messages list (Orders -> Messages).

To open a dispute from the Admin area:

1. Locate the order that you want to dispute in the orders list and open order details.

2. In the Messages tab of the order details page, click Open dispute.

3. In the popup, specify a reason for opening the dispute and click Open dispute. 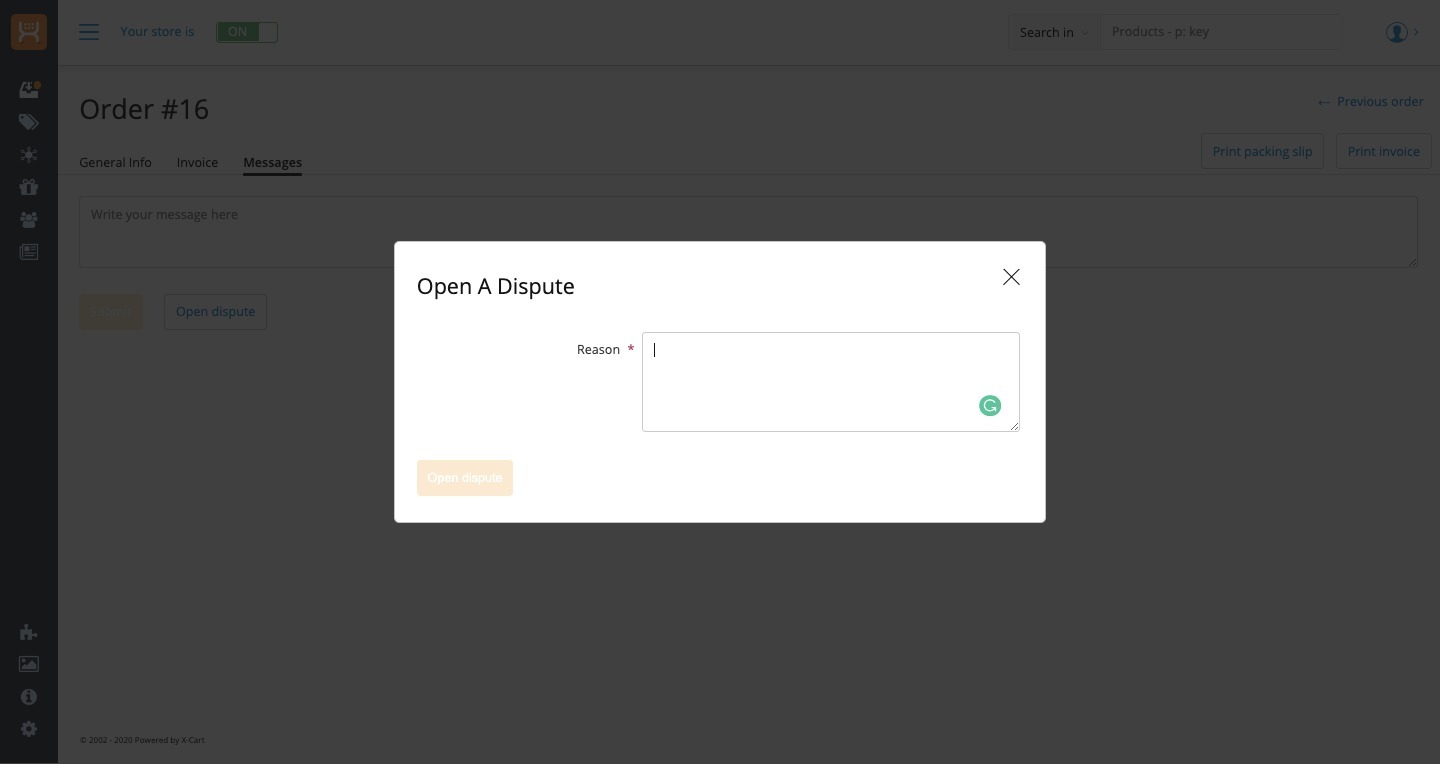 As a result, a dispute will start.

As long as the dispute is open, a note in red stating the open status of the dispute, with a mention of who and when opened this dispute (like "Dispute opened on Nov 19, 2020, by Admin Admin") will display in the Messages tab of the order details at the top of the communication thread pertaining to the order.

To close a dispute:

After that, the dispute will be closed:

Once the dispute has been closed, the note in red color stating the open status of the dispute will be removed from the top of the communication thread.

Did this answer your question?